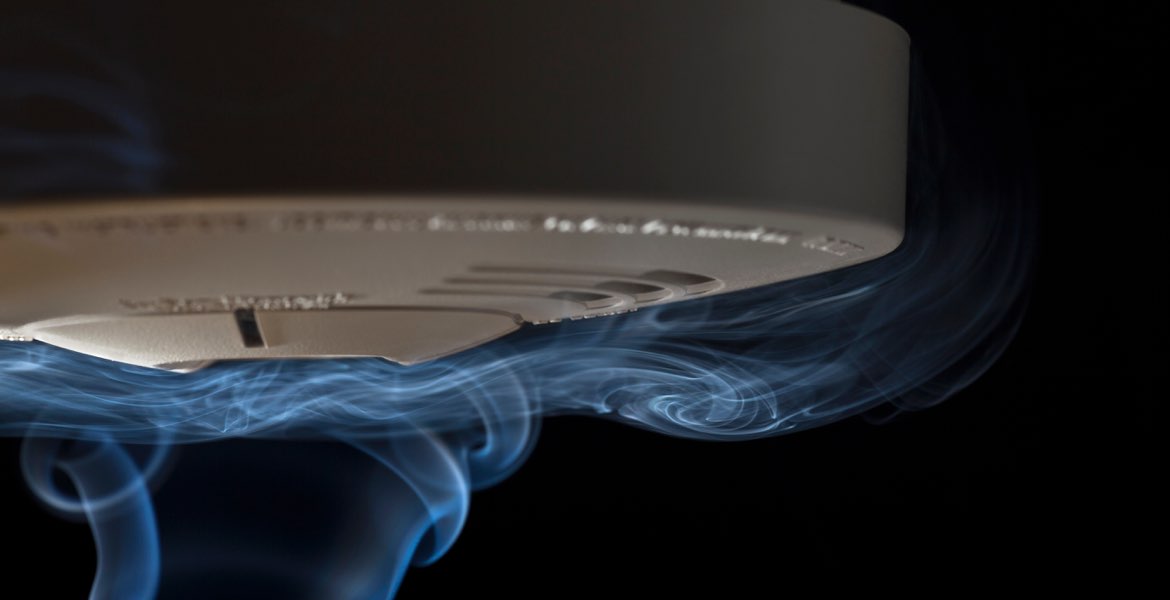 Home › Blog › Why Should I Get A Monitored Smoke Detector?

Most homes have some sort of smoke alarms. They may have been installed by the builder of your home or added by you in the form of battery operated smoke alarms.

Why you should consider including smoke detectors as an important part of your security plan.

Most deaths and injuries are not caused by burns, but from smoke inhalation containing toxic gases and unburned or partially burned particulate substances. The synthetic material used in most homes today produce dangerous and potentially lethal substances.

These gases can incapacitate people in a burning home. Even if you have a battery operated smoke alarm, you may not be able to hear it or physically react to it.

That is why adding a monitored smoke detector to your home security system is essential. It is monitored 24/7 and if a smoke detector is activated the fire department will be notified and dispatched even if you are home or away.

It is recommended that smoke detectors should be installed on every level of your home and in the common hallway outside of your bedrooms and in each bedroom.

Most reliable security companies DO NOT charge extra for adding fire monitoring to your security monitoring service. As always, a good consumer will do their homework and research a security company before making a final decision.

Get connected with us on social networks!